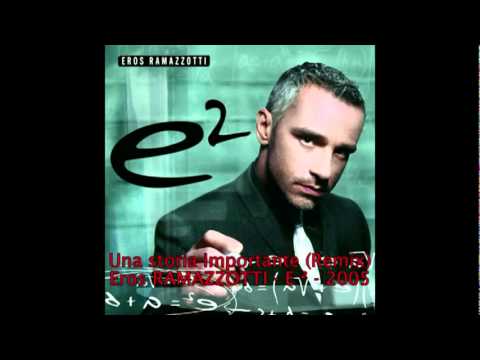 If I Could Turn Back the Hands of Time est une chanson de R. Kelly, sortie en tant qu...

is a single by Italian singer Eros Ramazzotti, released in 1985 and extracted from the album Cuori agitati.
After his victory at the San Remo Festival in the Best Hope category with Terra Promessa in 1984, Eros Ramazzotti returned the following year with Una storia important, this time in the main category.

However, if the song does not win the votes, the song is a success in the European charts, notably in Italy, ranking first and in France, where it ranks second in the Top 50 for three consecutive weeks, Even certified golden disc.