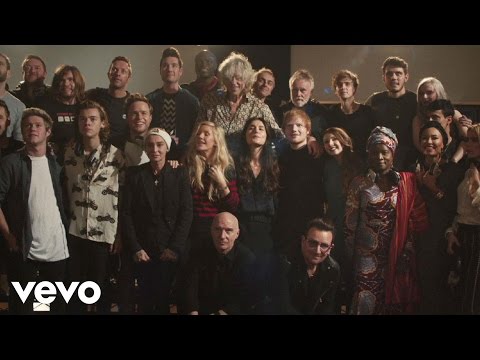 By Source, Fair use of copyrighted material in the context of Do They Know It's Christmas?" href="//en.wikipedia.org/wiki/File:Do_They_Know_It%27s_Christmas_single_cover_-_1984.jpg">Fair use, https://en.wikipedia.org/w/index.php?curid=12120822

Do They Know It's Christmas ? is a song written in 1984 by Bob Geldof and Midge Ure in reaction to television reports of the 1983–85 famine in Ethiopia.

It was first recorded in a single day on 25 November 1984 by Band Aid, a supergroup put together by Geldof and Ure and consisting mainly of the biggest British and Irish musical acts at the time. The single was released in the United Kingdom on 3 December 1984.